So…back about a month and a half ago.. along with Frans Charming and Amulius Lioncourt, I did some dev work helping out on a project in the sim named Sudo. The sim was a virtual counterpart to an online exhibition that took place during Seattle’s recent Bumbershoot festival. The name of the Installation as a whole was: Pixel Dolls, Meat-Space and Everything All At Once and was curated by Michael Van Horn.

We created most of the exhibit that went along with Susan Robb’s conceptual piece. Check at the HUD tour if you visit the sim and pick up a star fish head.

Some imagery from the RL show: 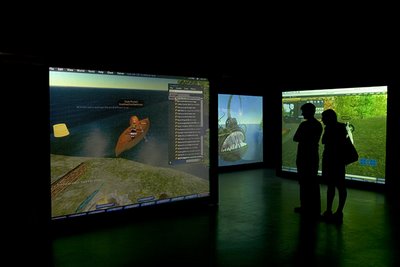 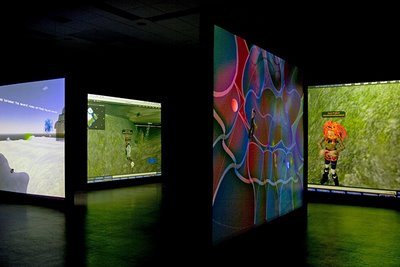 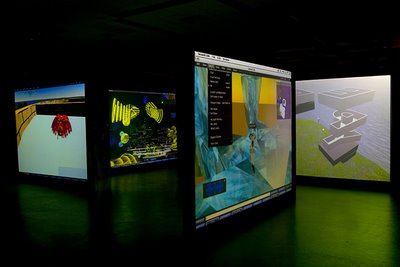 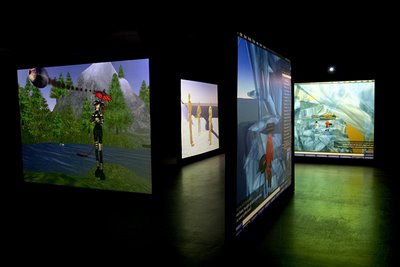 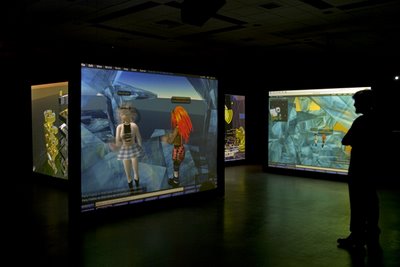 And, some pics of the SL counterpart:

“Second Life is an open-ended virtual world created in 2003 by San Francisco-based Linden Lab. Second Life gives its users (referred to as ‘residents’) tools to shape its world. A large majority of the content in the Second Life world is user-created, and one of the unique things about this environment is that users retain the intellectual property rights to the objects they create.”

Pixel Dolls, Meat-Space and Everything All At Once

This is a broad-ranging project developing and exhibiting works about the Internet-based virtual world Second Life and works exploring it’s potential as a platform for making and exhibiting art. The project will consist of a series of “physical” exhibitions and an ongoing evolving virtual exhibition on a 16-acre virtual island in Second Life called Sudo.

The offline component of Pixel Dolls, MeatSpace and Everything All At Once shows works by artists (photography, painting, sculpture, video and drawing) made in response to their exploration of Second Life. It also includes live video from Second Life showing the projects on Sudo.